“My quilts have taken over my house,” says New Jersey art quilt collector John M. Walsh III. “I display four or five quilts at my home and another five at my office and rotate them at least once a year. One of my three bedrooms is completely devoted to quilt storage, a second is used for sorting quilts, a walk-in closet stores shipping containers, part of the den is taken up with quilt magazines and books, and I have two file cabinets for correspondence in the kitchen.”

Jack Walsh has been collecting contemporary art quilts since the early 1990s, and now has about 70 quilts in his collection. Guided by the astute eye of curator and author Penny McMorris, who teamed with Michael Kile in the mid-1980s to produce the exhibition that gave the art quilt its name, Jack has acquired important pieces by many top artists and also commissioned new work from people that he and Penny have felt would benefit most from his support. The Walsh collection now includes key pieces by such well known artists as Pauline Burbidge, Nancy Crow, Wendy Huhn, Michael James, Joan Lintault, Therese May, Jan Myers-Newbury, Joan Schulze, Susan Shie, and Pam Studstill, as well as remarkable works by artists who are far from being household names in the quilt world, such as Terese Agnew, Kyoung-Ae Cho, Lou Cabeen, Anne Kingsbury, John Lefelhocz, and Julie John Upshaw.

Jack says, “The defining event in my life as a collector was and continues to be having the opportunity to be guided by Penny McMorris. Shortly after Penny and I decided to collaborate, she invited me to spend a day of orientation in the world of art quilts. We spent eight hours looking at slides covering the careers of fifteen artists. This was a key step in the development of my appreciation for the history and breadth of this medium. At the end of that day, I began to have a feel for the wide range of creative approaches different artists brought to their work. I started to understand the art quilt as offering unique opportunities for expression beyond other media such as painting, sculpture and printmaking. [And it left] no room for any doubt about the difference between art quilts and other quilts. This really is a new artistic medium.”

Because Jack runs a water treatment business and owns property with a waterfall he has loved since childhood, quite a few of the quilts in his collection have water themes. Some, like Lenore Davis’ Florida Surf, Karen Perrine’s Forest Flowing, Catherine McConnell’s Vermont Swimmers, and Wendy Huhn’s Acid Rain, seemed tailor made for the collection, but Jack also has commissioned several artists to make quilts with water as their theme.

Jack sees commissions as a way to free artists from their normal constraints so they can focus on a single substantial work, so he allows them to pursue the theme in any way they choose. He says, “I really want to open opportunities for artists and help stimulate their creativity.” Penny McMorris adds, “Aside from the water theme, the only rules for commissions are don’t rush and don’t make anything small! Although he would never try to influence an artist creating a commission, Jack really enjoys the commission process — getting to know the artist better, seeing the work evolve. He is surprising in his concern for the quilt artists he collects. He not only enjoys meeting them, but often goes out of his way to build a relationship with them – to spend time with them, see their studios, attend their show openings, find out first hand what interests them and how it plays into their work. He’s one of the most interesting men I know, and yet the focus of his collecting has never been ‘about him.’ It’s always been about the artists, and his appetite to learn more about them and to help others appreciate their work as he does.”

For example, when he commissioned Pauline Burbidge to make Nottingham Reflections, he traveled to England to meet with Pauline, to hear her ideas about the quilt, and in the process got to see her working studio and even see the river she’d take photographs of when planning her quilt. Burbidge, who had just made her first quilt based on her photos of reflections in water when Jack and Penny approached her, used the commission as an opportunity to further explore this new direction. Gayle Fraas and Duncan Slade, on the other hand, insisted on being as specific to their client and his experience as possible and asked Jack to show them his waterfall. “We drove ten hours to meet Jack for the first time in the autumn of 1995,” Duncan recalls, “and within the hour we were in rain gear and hip boots hiking up the mile-long waterfall together.” They returned to visit the waterfall in every season of the year over the two years they worked on their commission, which they called Jack’s Falling Water.

Jack’s most recent commission was Rachel Brumer’s Describing Rain. Like most of her other work, Describing Rain is oblique, subtle, mysterious and spiritual. When Jack called Rachel Brumer a couple months after arranging the commission to see how things were progressing, she told him only that she had been reading about the place water plays in major religions. The quilt that ultimately came out of Brumer’s reading is a 128 x 83 inch diptych, two equally sized sections hung very close together. The section on the left consists of a 5 x 7 set of blocks, each with a subtly changing image of a large bowl of water in which someone’s feet are being washed. By contrast, the right section is completely abstract, made up of alternating stripes of mottled gray and white in differing widths. The juxtaposition of repeated pictorial images on the left and stripes on the right gives the quilt the feeling of an enormous banner or flag and creates a mood that Jack finds extremely calming. He says that as he often does, he showed the quilt to the man who takes care of his lawn, who is a former professional kickboxer, and that after standing and looking at it for some time, he turned to Jack and said quietly, “It makes me feel so peaceful.”

This sharing is typical of Jack Walsh. He generously loans pieces whenever museums or artists request them for exhibitions, and he loves nothing better than sharing his passion with friends and business associates. A couple of years ago, he invited Pauline Burbidge and her partner Charlie Poulsen who is a sculptor, to spend a month at his cottage in upstate New York. A few days after they arrived, Jack invited about fifteen of his neighbors to come over for a party so they could all meet. Pauline and Charlie ended up spending quite a bit of time with people they met at the party, which really enriched their experience, and at the end of their month, Jack invited everyone back to see the sculpture Charlie had finished and the photos and studies Pauline had done. One elderly couple who had attended the first party drove 900 miles back from a fiftieth college reunion so they wouldn’t miss the occasion! Jack hopes to make the cottage available to other artists and, because few quiltmakers finish a work in a month, he is thinking about inviting them to come back for a show-and-tell reunion with the neighbors a year or so after their visit.

Jack says the intention of his collection is to document the art quilt movement through the best work available and adds, “Penny and I look for innovation, for pieces that are real works of art, not just clever constructions, and for pieces where quilting is a significant part of the work. We look for work by people who are quilters. Penny and Jack are always in search of emerging artists who are pushing the envelope in different ways, and they will follow any lead they uncover. They are constantly on the lookout, networking, visiting shows, reading quilt, art and craft journals, staying in contact with artists, looking at artist’s websites, and keeping their ears to the tracks. They have found some of the most unusual and expressive quilts in the collection by looking beyond the major quilt exhibitions and outlets; in fact, Jack first learned about Terese Agnew and Anne Kingsbury through a chance conversation with a gallery owner who happened to sit next to him on an airplane.

A number of the artists represented in the collection work in other media, and employ materials that are not usually associated with quiltmaking of any kind. Michael James and Fraas and Slade are both now creating digital images that are printed directly on fabric; Kyoung-Ae Cho makes freestanding sculptures and wall pieces that include wood, reeds and other natural materials; Terese Agnew is a sculptor who has made quilts since the early 1990s;John Lefelhocz is a multimedia artist who has used found objects from wooden matches to bicycle parts in his quilts, sculptures and other artworks; and Anne Kingsbury is a potter and bookmaker who has made several leather quilts with ceramic animal figures attached.

Jack has been very active in recent months. He acquired two quilts chosen for the 2005 Quilt National exhibition—The Conversation by Wendy Huhn and Homage to Albers by Jan Myers-Newbury—and recently purchased an extraordinary new whole cloth work by Susan Shie called NEO Buddha, which is literally covered with Susan’s spontaneous airpen writing and crazy machine quilting. He and Penny say they have been watching Susan’s work for years, and although he has not yet seen it “in the cloth,” Jack is thrilled with this major new piece by her. And, he has commissioned Sue Benner and Terrie Hancock Mangat to create new works on water themes.

Jack says his collection is open-ended and has no idea how large it may eventually become. He averages about five new acquisitions a year and jokes that if he lives to be 99, he’ll have more than 200 quilts.  He sums up his passion this way: “Collecting is, in a way, being an artist —it involves assembling a number of pieces to create something which has greater impact than the individual pieces. This happens when the pieces have an understood, recognizable relationship with each other. Over time, as the collection evolves, the focus may change—it may expand, contract or move in a new direction. That’s OK, too. A collection is a work in progress.”

Robert Shaw is the author of The Art Quilt, Art Quilts: A Celebration, and other critically acclaimed books on traditional and contemporary quilts, baskets, guitars and American folk arts. He offers a variety of consulting services to collectors and can be contacted at shaw.bob@myfairpoint.net.

Art Quilts: A Celebration has a section on collecting, displaying and caring for contemporary quilts. For more information see www.artofthequilt.com 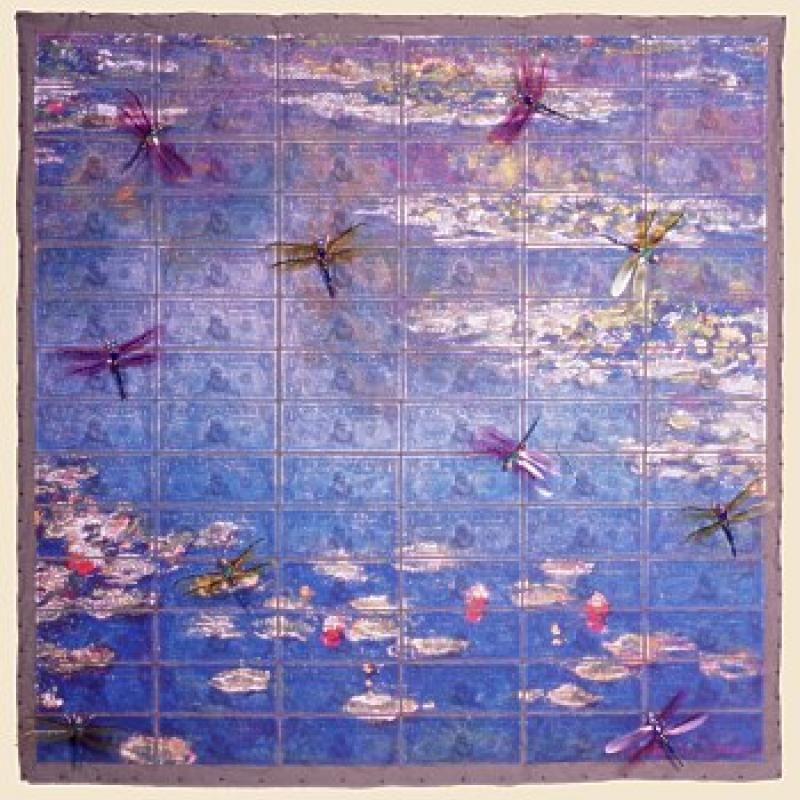 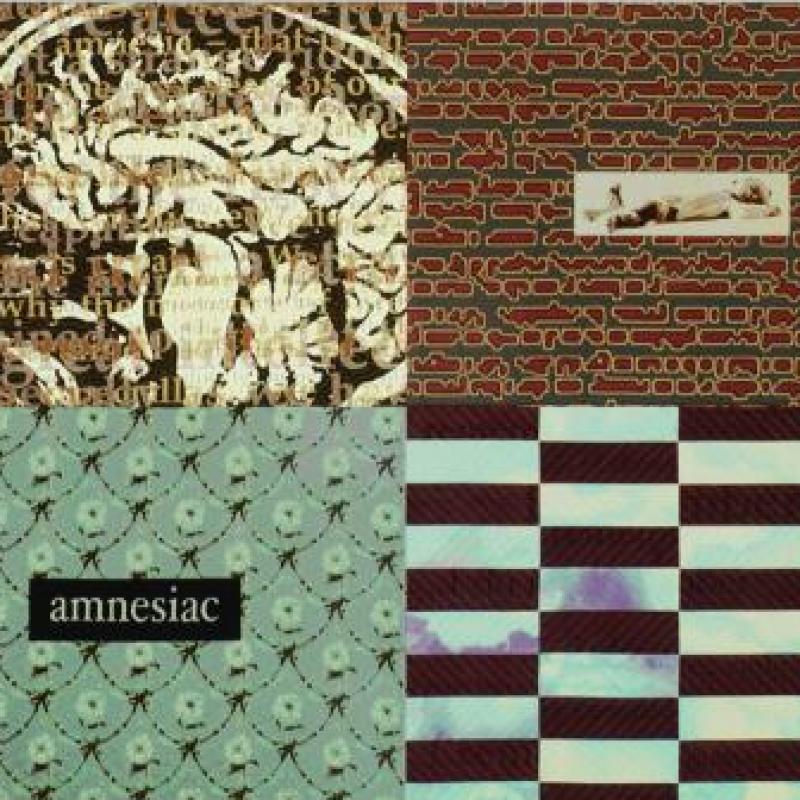 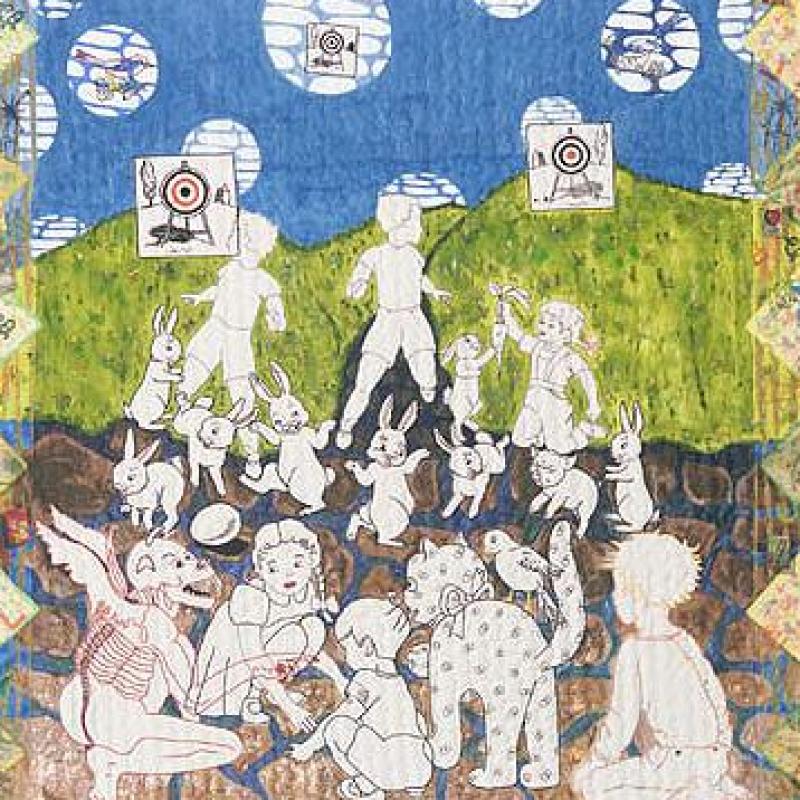 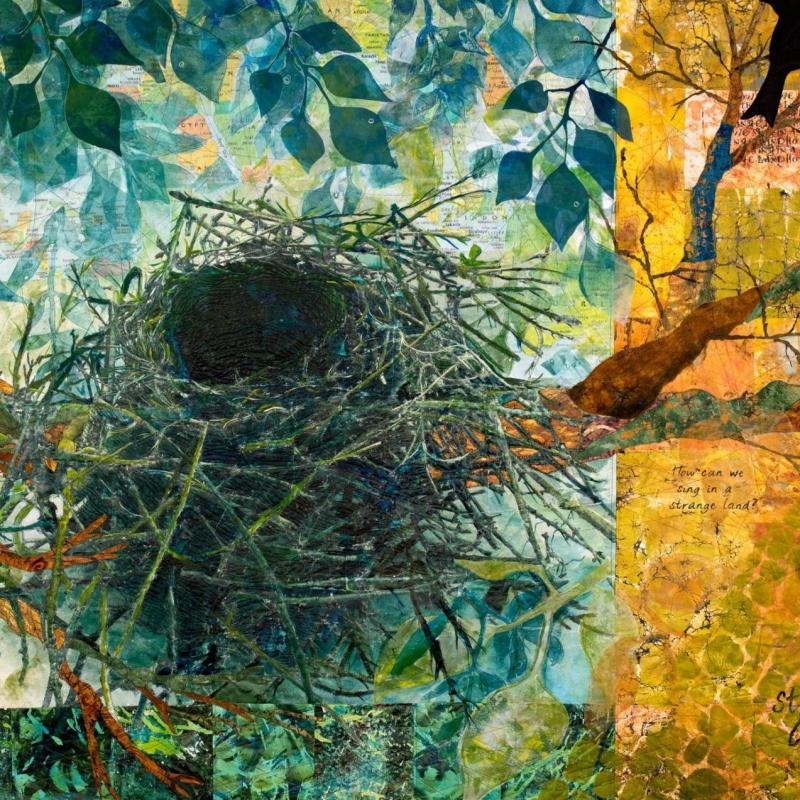 Read More
Collector's Corner
Find out more about collecting art quilts and get details about collectors who also appreciate the aesthetic beauty of this genre.