Glasnost and Folk Culture:Russian Quilts at the Turn of the 21st Century

When the Soviet Union experienced severe economic, political, and social turmoil in the 1980s, President Mikhail Gorbachev responded by instituting a new policy of glasnost, “openness and transparency.” Although the U.S.S.R. fell apart in 1991, the spirit of glasnost continued in post-Soviet Russia. One result was increased dialogue with the United States, which led to groundbreaking cultural exchange programs, including quiltmaking. Although Russians were familiar with patchwork and appliqué techniques, quilts were largely a novel concept, especially when they were made to be put on a wall rather than on a bed.

In 1994, a delegation of three American quilt teachers traveled to Russia at the invitation of a women’s group. They shared their expertise as well as the dozens of yards of fabric they brought with them—a welcome gift, since everyday supplies were scarce and expensive in post-Soviet Russia. Staying with local families, the Americans learned about daily life, local traditions, and folklore. After the exchange, the Russian students continued to make quilts. In the late 1990s, they began to sell their creations in the United States with the help of cultural exchange organizations. Here you see some results of the multi-year project: American-influenced quilts with distinctly Russian imagery. 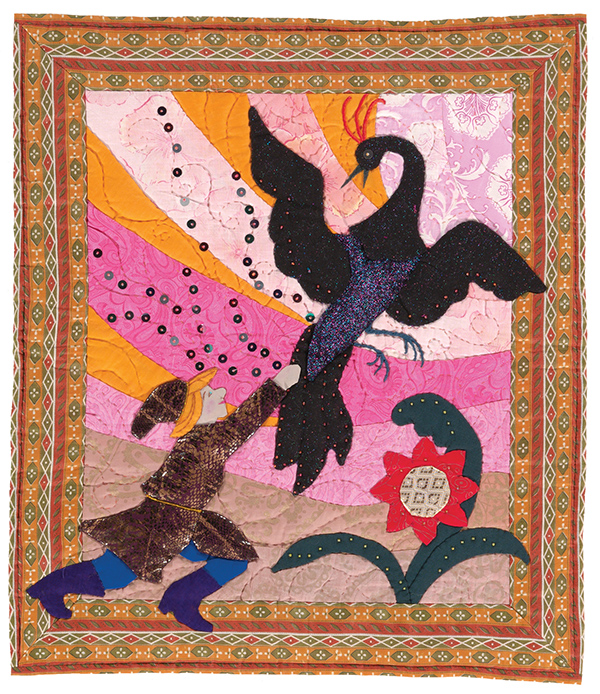