Jin Yuanshan, a famous patchwork artist of Chinese Korean, top expert at Quilts Color &Arts Committee of China Fashion & Color Association, has long been an expert in needlework under the influence of her mother and grandmother from an early age.

Since 1990s, she has visited many ethnic group habitats, exploring and studying the traditional needlecraft there. Especially, she has been attached to the study and design of Korea-style artistic patchwork for decades.

Ms. Jin's designs have been featured in patchwork exhibitions held in Japan, South Korea and the U.S., and won her a silver medal. Besides, she was invited to South Korea to hold her own patchwork exhibition twice, respectively in 2006 and 2009.Her works are now collected by several artistic academies and individuals in these three countries. For almost fifteen years, Ms. Jin has been an honorable consultant for the municipal government of Gangneung City, South Korea. She has also delivered two lectures to the faculty and students of Tsinghua University's College of Arts and Design. In March 2009, she held an exhibition of her patchworks at the invitation of Tsinghua University.

Against the popularity of duplicating and imitating the European-style patterns on patchworks in China nowadays, Ms. Jin still maintains her uniqueness by sticking to the glamorous oriental style of elegance and serenity. Ms. Jin's design and needlework receives rave reviews in artistic circles and she is praised as the only patchwork artist that can represent the national level of the art. 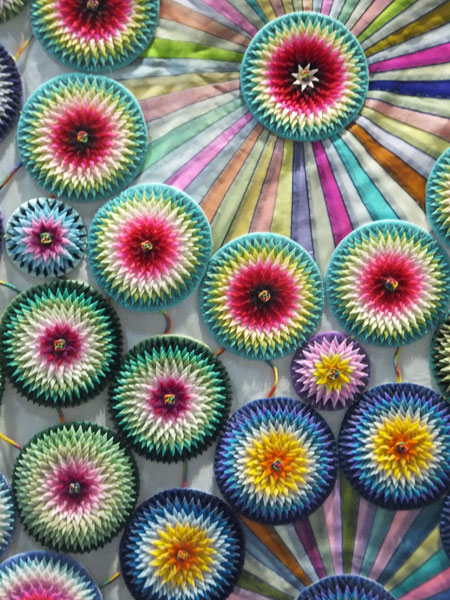 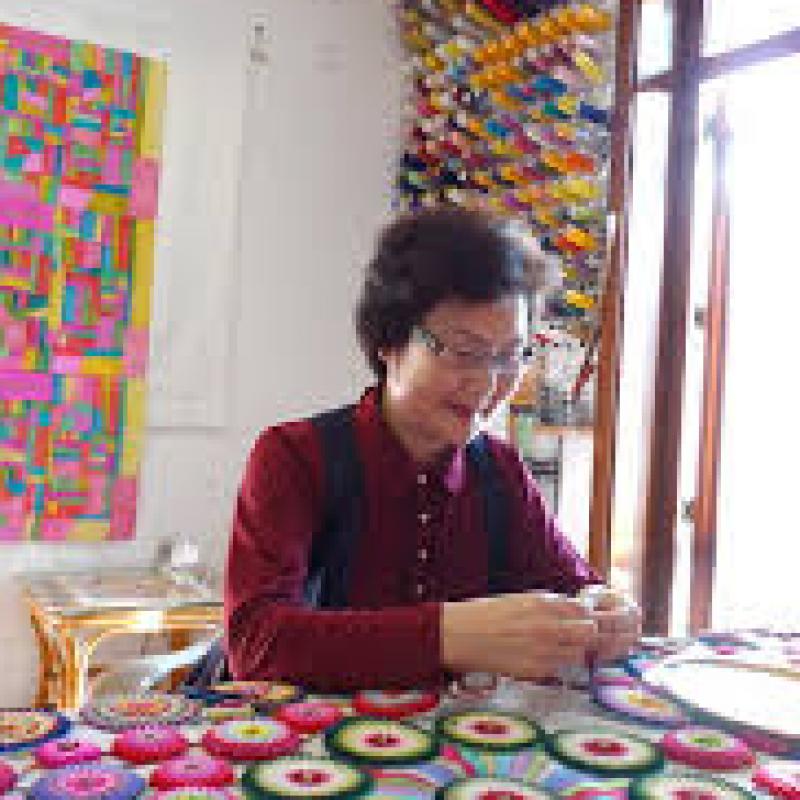