Having spent most of my life living near water, I expected that Ebb & Flow would be a theme that would feel familiar. Streams and creeks course along to join rivers that eventually empty into bays, seas, and oceans that rise and fall with tides. There is a sense of logic in nature. So when SAQA’s database of entries arrived, I opened the images expecting to see mostly rhythmical works, stitched with undulating lines. I thought the predominant color might be blue, even though bodies of water often appear green, brown, black, white, or other colors depending on the weather and surroundings.

Yes, there were submissions that fit my preconceptions, but I realized with some astonishment that what I was seeing was expansive, imaginative, and compelling art that opened my eyes to much broader interpretations. I learned about unfamiliar phenomena and creatures. Thought-provoking pieces related Ebb & Flow not only to water, weather, and wind, but also to traffic, time, and turtles. Lines, light, and forms indicated movement up and down, back and forth, and through. Change was of states, seasons, and even the depths of our psychological selves.

Emotional response to art is important. I expected to be a detached observer, viewing calm scenes or maybe roiling, stormy imagery. Instead, I felt drawn in, engaged, and challenged. I was moved. Frankly, I was surprised in a very connected way.

Visual impact and solid, excellent design were of utmost importance. My criteria for selection always began with the question “Is this artistically sound?” That determined, I then looked for strong visual statements, as well as more subtle expressions. I found that simple compositions often spoke more clearly and powerfully than pieces that tried to do too much or were too complex.

I wanted to include examples of representational, figurative, abstract, and narrative work. I sought tightly constructed, precise pieces, as well as free, loose, expressive constructions, brilliant colors, and neutral schemes. I read stories told with a single quiet line or with two arrows pointing in opposite directions. There were tales of nature’s quiet places, as well as lively urban streets; the mysteries of a glowing passage to an unknown place, and oddly tilting buildings. Jittery tick marks counted off an endless calendar, and a googly-eyed creature is leashed to a strange woman who leans into the wind. I appreciated pieces that called into play my sense of wonder. In short, I brought a wide lens to the pool.

It was a very narrow line between acceptance and not—so thread-thin that more than a handful of pieces moved above and below that line several times before I settled on the final thirty-five. In the end, I easily could have put together several shows. In some cases, more than one piece delivered the same message or was visually very similar to others, demanding extremely difficult choices. Very worthy, masterful pieces had to be let go, and I encourage those artists to keep answering calls for entry.

I relied on the well-defined but wide theme to give the collection of selected works both unity and visual variety, while in all cases evoking the notion of ebb & flow. I spent time with every piece to discover the ones that immediately shouted out or revealed secrets and layers of meaning one by one.

Above all, I am grateful to every artist who submitted work—it was my pleasure to spend time with your artwork. Congratulations to the selectees and to everyone who entered: your imagination, talent, and excellence of expression confirm the vibrant, strong state of our art quilt medium.

The art of Linda Colsh examines humanist themes -- aspects of growing old in her figurative series, as well as connections between natural spaces and populated, constructed places in her nature-inspired series. Colsh’s imagery and minimal palette is known worldwide and her artwork is in collections in Europe, Asia and America. Honors include the European Quilt Triennial first prize and Nihon Vogue’s Quilts Japan Prize.

A lifelong artist with two degrees in Art History, Colsh exhibits, lectures, and teaches internationally. Colsh has curated, juried, and judged major exhibitions, including Quilt National, Quilt Nihon, and Visions. After more than 25 years in Europe and Asia, she has returned to rural Maryland, the state where she grew up on a small island; the rise and fall of tides is a constant of her life on the Chesapeake Bay. 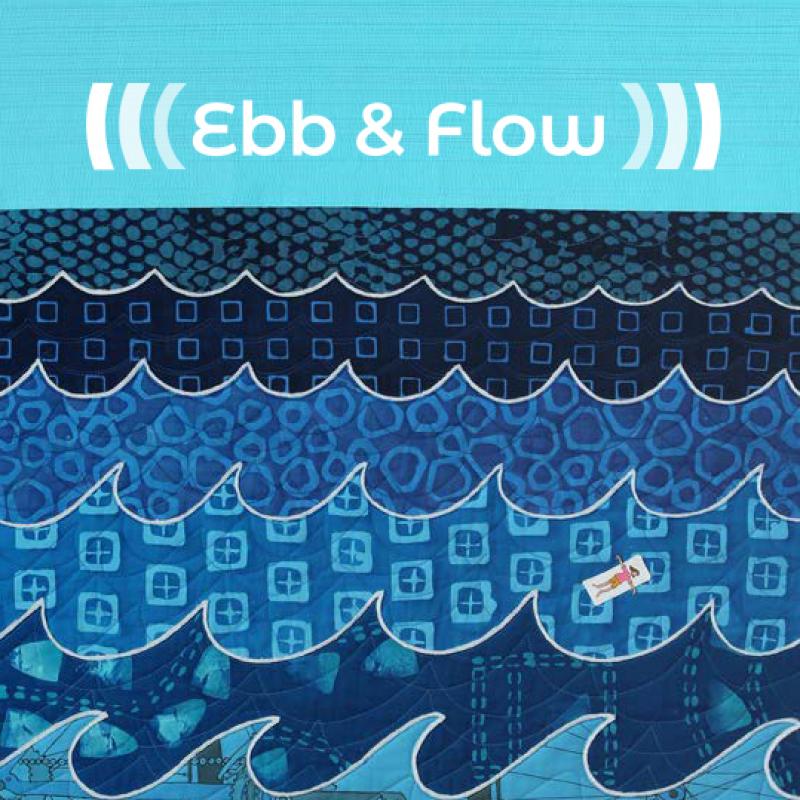 Read More
Ebb & Flow - Exhibition Videos
Learn more about the SAQA Global Exhibition Ebb & Flow through our series of videos. More videos are being added - subscribe to our YouTube channel to make sure you get the latest ones. You can access these video via... 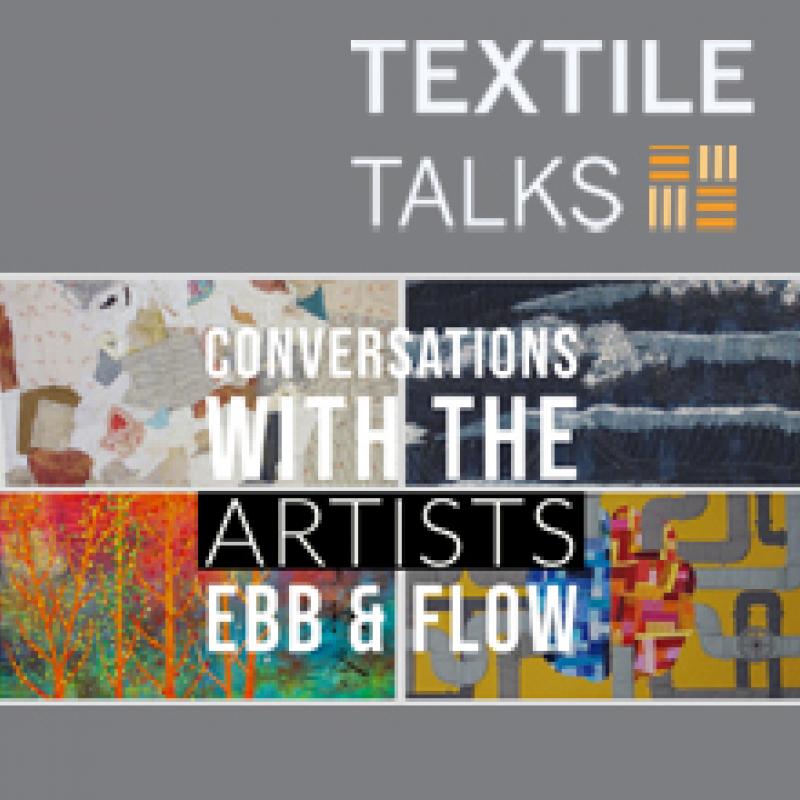 Read More
Artists selected for Ebb & Flow
Congratulations to the 35 artists selected by juror Linda Colsh for the SAQA Global Exhibition Ebb & Flow. This exhibition will premiere at Quilt Festival Houston in October 2020.