Browse the Collection
Points of Departure 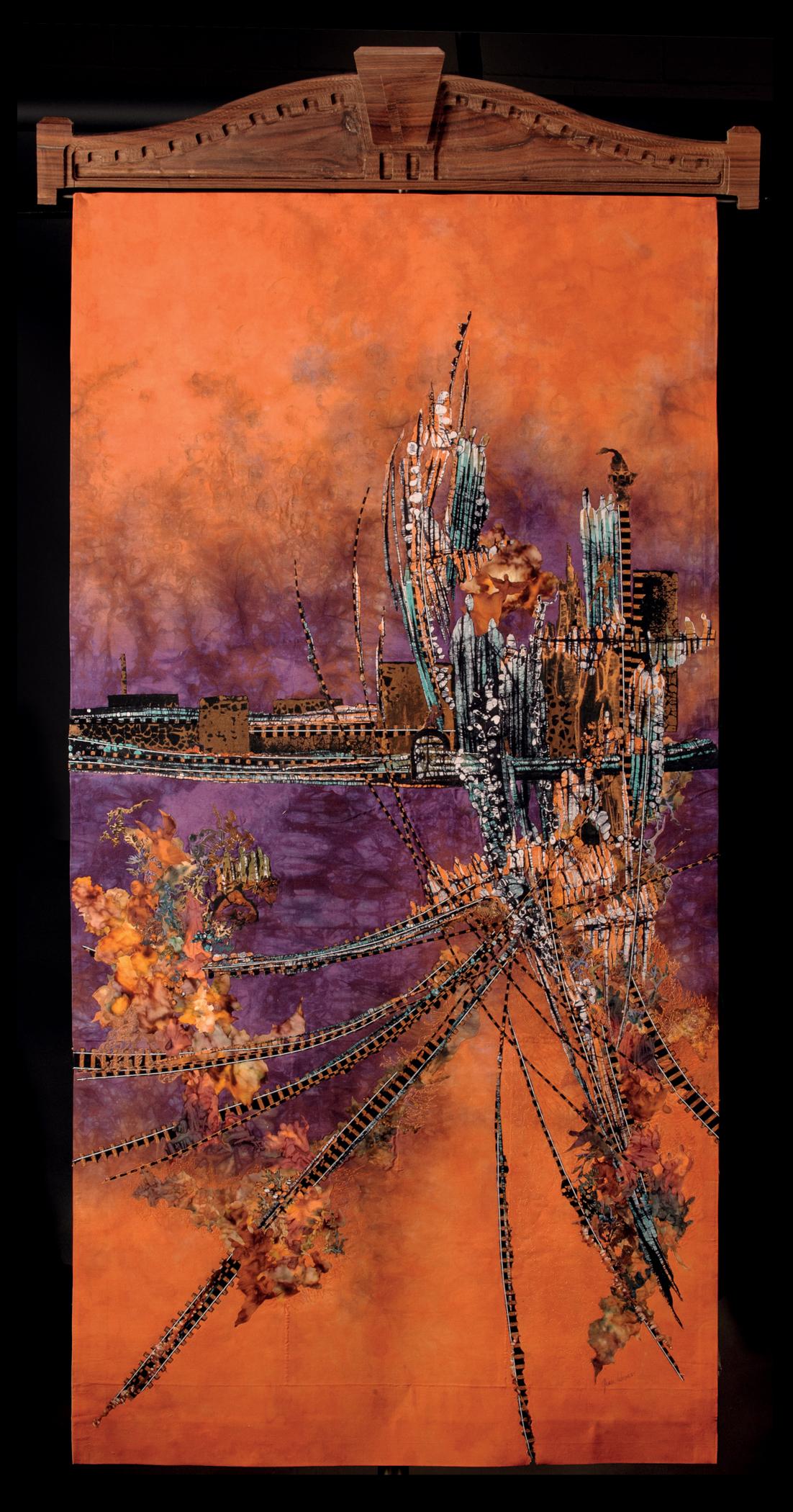 "Points of Departure" is so closely connected with poetry written by a World War II survivor that I am nearly struck dumb when speaking to a group clustered around the piece. "And he in his mercy left nothing of me that would die. And I fled to him, floated up weightless, blue, forgiving--I would even say: apologizing--smoke to omnipotent smoke that has no face or image."*

At age 11, Dan Pagis experienced the crush of a transport train, followed by the horrors of imprisonment in a forced-labor camp in Eastern Europe. Surviving the war, he emigrated to Israel, where he became known as a scholar and acclaimed poet. But not for decades did a compact with his nightmares loose a voice of strange and subtle eloquence in his poetry.

As I reflected on Pagis' words, this artwork began and continued to unfold.The narrative begins at the lower third of the piece, inviting the viewer to spy upon clouds of the nameless, collected at far-flung points of departure. Drawn upward by the sweeping arcs of transport tracks, the viewer is propelled toward their terminus at the midpoint of the piece. There, darkness signifies the terrors of the concentration camp. Drawn upward once more, the viewer confronts wraiths of wrath, and is compelled to experience their spent sorrows, hovering over unmarked graves. In the uppermost realm of the piece float shadowy faces, the dim reflections of lives displaced by heart-stopping violence.

This work is one of sixteen pieces in my narrative series "Within the Walls, Beyond the Gates," and is one of two pieces in the series that were inspired by World War II experiences (*Quote above is from "Testimony" taken from the collection "Points of Departure" by Dan Pagis.)
Materials
Hand-dyed cotton, batik, other fabrics, art paper, encaustic wax, charcoal pencil
Techniques
Fused collage, free-motion stitched